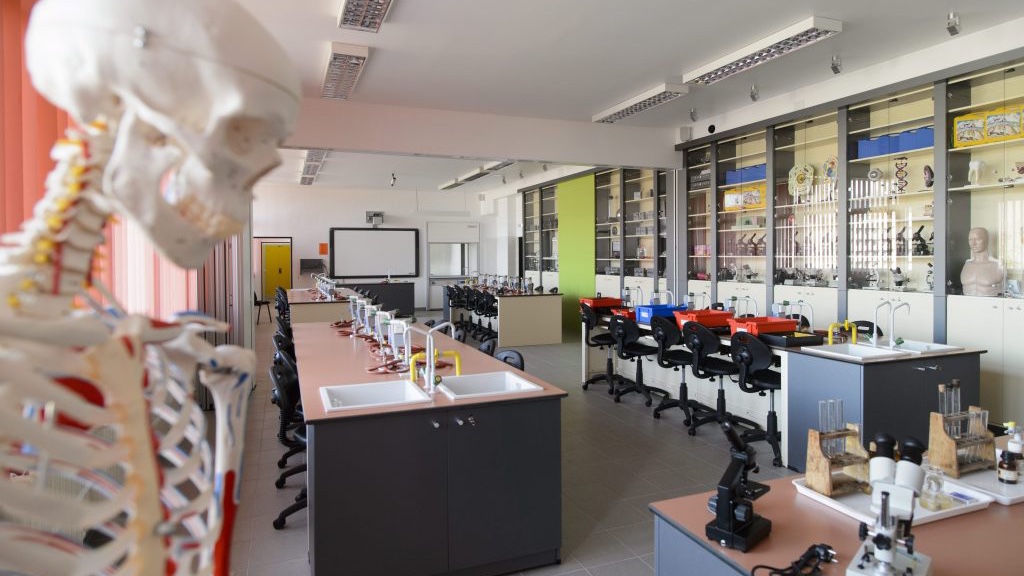 This article was published in Hungarian by the Magyar Narancs.

On Tuesday, the Gyula District Court found the three defendants guilty of the crime of budget fraud and the misdemeanor of using a false document, which caused a particularly large financial loss, and the crime of using a false document. In connection with the Öveges programme, the convicts sold an already developed workbook and teacher’s aid to high schools as a new and independent development worth about HUF 180 million (on curent rate EUR 445,000). The not-so-strict punishment of the secondary actors hardly hides the fact that the prosecution led by Péter Polt does not deal with the bigger problem, the overpricing of the design of science classrooms.

“The most disgusting part was when the leaders and coordinators of the programme unknowingly put the tasks completed and solved in the final exam into the workbook during the mandatory training for science teachers within the framework of the Öveges programme. On the one hand, because they received special tender funds for these trainings, and on the other hand, because of the alleged independent development,” said the prosecutor of the Tolna County Prosecutor’s Office at the Gyula District Court.

Narancs.hu reported on the criminal trial that started in April several times. According to the indictment, after winning the EU-funded TÁMOP tender entitled Renewing the methodology and tools of science education in public education, contracts were signed with legal entities led by the defendants for the development of supporting materials for the teachers and student workbooks. Already in 2011, prior to the call for tenders, the contracted companies created a database that contained the data necessary to prepare the materials and workbooks according to the call for tenders, so they were only edited, duplicated and digitized instead of the development activity required in the tender. Despite all this, the two companies issued invoices and certificates of completion for the work performed, and then demanded contractor fees from the local governments. Payments have been made. With this behavior, the first-rate defendant R-F.M. caused a financial disadvantage of nearly HUF 74 million, the second-rate Mrs. V. D.R. about 70 million, and the third-rate Cs. I. 34.5 million forints to the EU and domestic budgets. A total of HUF 177 million (this is EUR 442,000 on curent rate).

On the trial days held since then, the defendants did not testify, and then there was a debate between the prosecution and the defense as to whether the delivery had taken place.

The Gyula District Court heard many witnesses in the case, others gave written statements. Judge Erzsébet Bagosi said about all of this in the justification of the verdict that the vast majority of them – teachers, laboratory managers – did not report any kind of satisfaction. The court accepted the argument of the Tolna County Prosecutor General’s Office that the workbook and teacher’s supportive materials prepared first for the Andrássy high school in Békéscsaba were given with minor changes to the high schools in Hódmezővásárhely, Kalocsa, Hatvan, and Salgótarján. In many cases, even spelling errors in the original work have not been corrected.

In their trial speeches, the defenders of the defendants talked about the performance achieved in every case, high-quality and coordinated professional teamwork, but also about the fact that the matches and identities in the case of each project resulted from the strict requirements of the National Core Curriculum. They also questioned what exactly the indictment and the prosecution meant by the term development. The managers of the companies involved, Lybrum Kft., which was canceled in the meantime, and Hunnia-Reg Pedagógiai Nonprofit Kft., which is still operating today, had no expertise and no accurate knowledge that the manager carrying out the professional coordination was issuing shockingly similar materials as independent products. This would have led to the question that no one asked during the series of negotiations. In other words, if this is so, then why is the professional manager, P.A., who was heard as a witness, not sitting in the dock? But the defenders also argued that budget fraud can only be committed intentionally, which, in their opinion, is not the case here. According to them, the damage was repaid, because the municipalities later repaid the amounts paid for the workbook.

The verdict revealed that all this did not affect the court: it accepted the facts of the indictment as a proven reality, adding that the executives are fully responsible for the implementation of the programmes they run. At the same time, it is also part of the facts that the first-instance judgment was handed down almost ten years after the events. In addition, this does not cover the entire Öveges programme, the major part of which was the probable overpricing of science classrooms in the order of HUF 13 billion (EUR 32.5 million).

Ákos Hadházy was the first to draw attention to this many years ago.

A significant part of the HUF 14 billion received from the European Union for educational development – 70 percent according to the LMP – was not utilized in accordance with the original purpose. Although delayed due to overinvoicing and dubious performance, the Ministry finally also conducted an investigation.

The Gyula District Court found all three defendants guilty of budget fraud, and therefore imposed a suspended prison sentence of 1 year and 2 months, a fine of 2 million forints, and a 1-year ban on R-F. K. who caused HUF 74 million in damage, from holding the management position of the business company. Mrs. V. D.R., accused of second-degree damage of 70 million, received a 1-year prison sentence suspended for one year, as well as a fine of HUF 1.5 million. The court sentenced the third-degree criminal Cs. I. to 8 months’ suspended prison sentence and a HUF 1 million fine, and what can be at least as painful for him – as he is a leader in several companies – is that he was banned from holding a leading position in a business company for 1 year from wearing it. The court ordered the confiscation of 69.5 million assets of Hunnia-Reg Pedagógiai Nonprofit Kft., which is involved in the case and still exists.

The representative of the Tolna County Prosecutor’s Office asked for a three-day reflection period after the sentencing, while the defense appealed primarily for an acquittal due to an incorrect statement of the facts, and secondarily for mitigation. Thus, the case will be brought before the Gyula Court. However, due to the passage of time and their criminal record, all three defendants received exemption from the adverse legal consequences of their criminal record. 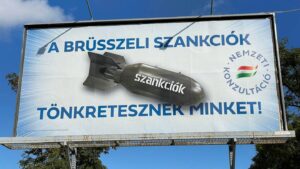 How is the right for the independent information violated in Hungary